The bill (A-1256) was prompted by the State Board of Education’s decision in 2013 to reduce the minimum requirements to apparently address the shortage in nurses. However, the New Jersey State Nurses Association contends the reason for the change was to reduce costs for school districts by hiring less qualified applicants at lower salaries.

“Lowering these requirements reduces salaries by using lesser skilled nurses, and jeopardizes the health of our students,” said Caride (D-Bergen/Passaic). “School districts have to do more with less and are looking for ways to reduce costs. I get that. But it should not be done at the expense of our children.”

“The responsibilities of a school nurse can be very demanding and we should not lessen the importance of the job or the need for qualified professionals to do it,” said Singleton (D-Burlington). “Any professional tasked with the healthcare of others should be well-vetted.”

“The recent spike in bomb threats at Jewish Community Centers (JCCs), along with the desecration of Jewish cemeteries, amount to nothing less than an attack on every American and every religion of the world. These incidents, coupled with the recent shootings of Indian-Americans in Kansas and many other notable hate crimes, are signs that this is a time for every American, especially those in a position of power, to speak up loud and clear against such actions.

Committee acts on little-used parliamentary tool, but effort still has a ways to travel

What it does: Employing a little-used parliamentary tool, the concurrent resolution demands that the State Board of Education reverse its move last August to require New Jersey high school students to pass certain sections of PARCC in order to graduate, starting with the Class of 2021. The measure overwhelmingly passed the Assembly education committee this week and moves next to the full Assembly. It has yet to be posted in the Senate.

2/15  (TRENTON) – Legislation sponsored by Assembly Democrats Joann Downey, Eric Houghtaling, Mila Jasey, Troy Singleton, James Holley and Marlene Caride to require the state to pay the educational costs for certain students who reside in a homeless shelter outside of their district of residence was approved Wednesday by the General Assembly.

“Children and youth who experience homelessness face many barriers to education,” said Downey (D-Monmouth County). “School can be a source of stability for a young person and family who have lost their housing.”

“The legislation will help ensure that each homeless child and youth has equal access to a public education,” said Houghtaling (D- Monmouth County). “Education is important to every child, and even more critical to a child who has endured homelessness and other unfortunate experiences in life.”

The state is currently required to pay the educational costs of any student who resides for more than one year in a domestic violence shelter or transitional living facility located outside the student’s district of residents.

This bill provides that, in addition, the state will pay the educational costs of a student who resides for more than one year in a homeless shelter located outside the student’s district of residence.

“For a child whose life is filled with uncertainty and loss, school can be a place of safety, structure, and opportunity,” said Jasey (D-Essex, Morris). “Eliminating barriers to school enrollment and for children facing homelessness ensures the opportunity for academic success.”

(TRENTON) - The Assembly Education Committee on Monday approved a concurrent resolution sponsored by Assemblywomen Mila Jasey (D- Essex/Morris) and Marlene Caride (D-Bergen/Passaic) that calls on the state Board of Education to amend or withdraw its high school graduation proficiency regulations because they are inconsistent with legislative intent.

The regulations were revised last year to make the Partnership for Assessment of Readiness for College and Careers (PARCC) test a graduation requirement for high school students.

The resolution (ACR-215) asserts the revised regulations are not consistent with the intent of the Legislature, and calls on the state Board of Education to revise or withdraw the regulations.

"It is clear that the PARCC is in conflict with the intent of the Legislature and should not be used or relied on to make graduation determinations" said Jasey, who is a member of the committee. "The PARCC test was not designed as a graduation test and further undermines PARCC'S supporters who contend that the value of the test is found in the feedback it provides to improve a student's learning. It should not be used as a punitive instrument against students and teachers."

"The PARCC has created confusion and discord since it was announced. We cannot evaluate student proficiency and base a student's ability to graduate on a flawed system," said Caride, who chairs the committee. "It is time for the state Board of Education to revisit the graduation requirements and put forth an assessment that does not put the future of our students in peril."

Video: Jasey on Invalidating Use of PARCC Test as Graduation Requirement

Assemblywoman Mila Jasey (D-Essex/Morris) discusses her legislation (ACR-215) that would invalidate the Christie administration's plan to make the PARCC test a graduation requirement for high school students. The bill was advanced Monday by the Assembly Education Committee.

“Student athletes who see steroids as a quick fix, fail to realize how detrimental they can be to a person’s physical and psychological health,” said Vainieri Huttle (D-Bergen). “I can understand how a young person who has hopes of playing professionally wants to get an edge over the competition, but risking your health is not worth it. Random testing of student athletes can help deter steroid use among young people who might be more concerned with getting caught than the harmful side effects.”

The bill (A-2353) builds upon the recommendations in the December 2005 report of the Governor’s Task Force on Steroid Use and Prevention by expanding the state’s existing random steroid testing program beyond just those athletes who qualify for playoffs to include student athletes in general.

“Young people often tend to be more impulsive and willing to take risks, regardless of whether it puts their health in danger,” said Jasey (D-Essex/Morris). “Random testing, coupled with an information campaign focused on prevention, can help keep student athletes away from steroids and its harmful side effects.”

The bill requires the Department of Education and the New Jersey State Interscholastic Athletic Association (NJSIAA) to work jointly to develop and implement, by the next school year, a program of random steroid testing of student-athletes. Under the bill, any person who coaches a public school district or nonpublic school interscholastic sport, dance, or cheerleading team must incorporate into the team’s training activities a gender-specific program designed to reduce the use of steroids and performance enhancing supplements, alcohol, and drugs, and to promote healthy nutrition and exercise. 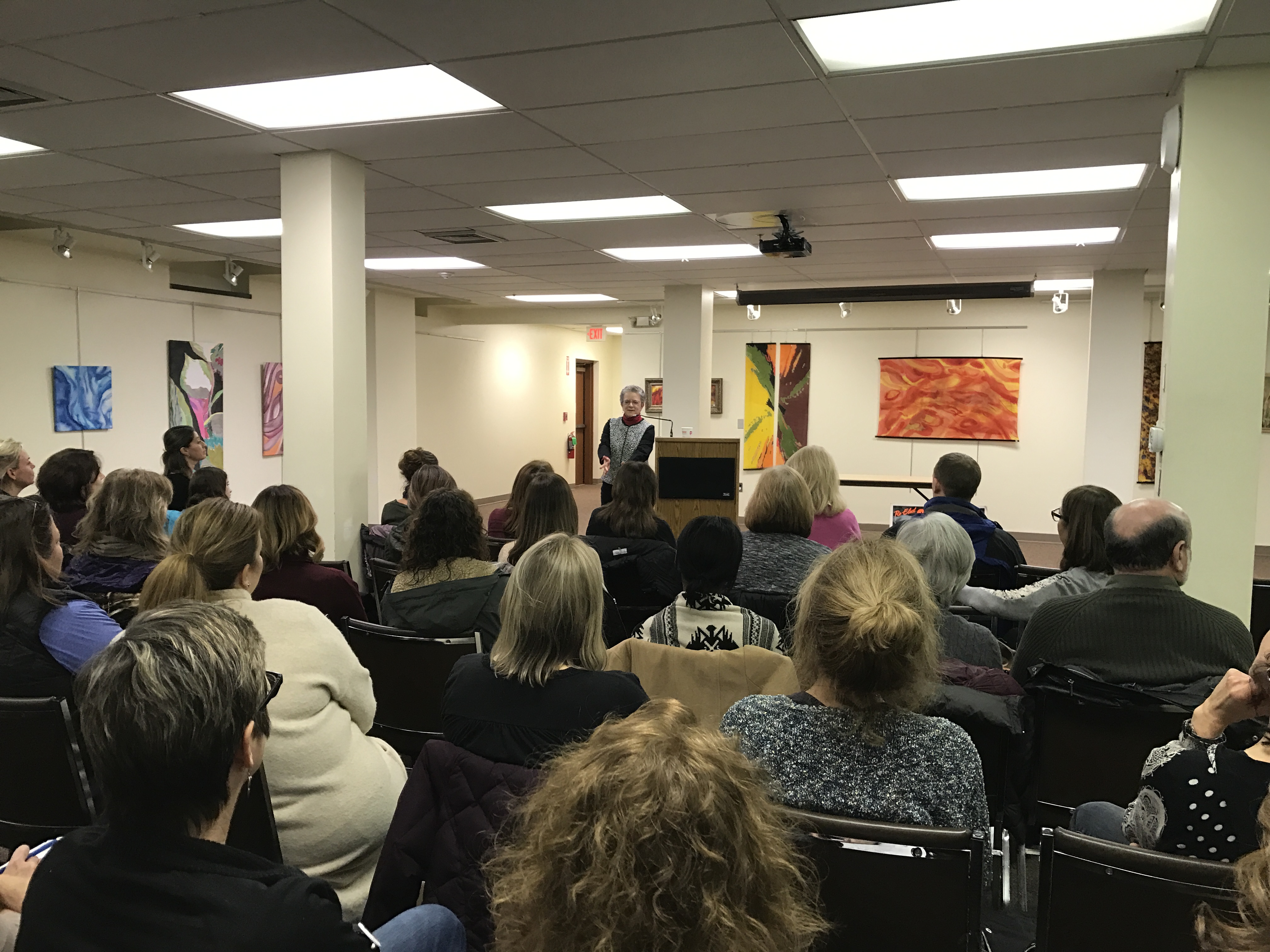 Hosted Assemblywoman Mila Jasey at the Library of the Chathams, Tuesday, Jan. 31, for a "discussion on impacting change, and how to organize and make a difference.

The committee will receive testimony from members of the public regarding the "School Funding Reform Act of 2008," P.L.2007, c.260, and other matters related to education funding in the State.

"This nation began as a refuge. Since its founding, the United States of America has been a symbol of hope for people living in fear in faraway lands. Men and women come here and - perhaps for the first time in their lives - don't have to worry about bombs destroying their homes or terrorist groups conscripting their children. We have welcomed them with open arms, because fundamentally, that's who we are - a people fiercely committed to standing up for and sharing our ideals of freedom, justice and democracy."…